Nothing major in this update.  It is mainly small changes and bug fixes.  There will be one more update for bug fixes and then work on 1.3 will begin.  You can check the roadmap for some of the features planned in the next major release.

Changelog:
1.2.5 (04/20/2012):
-ICS Purple Skin added to the market
-Added option to preferences to download skins
-Added 'Toggle Full Screen' option to the gesture actions. The double tap action is now defaulted to it.
-'Auto Play/Pause' now works with bluetooth connect/disconnect (BLUETOOTH permission added for this)
-Changed bluetooth connection detection for auto volume adjust to use less cpu
-Added option to show time remaining instead of current position. (Prefs -> Now Playing -> Show Time Remaining)
-Added 'Artist and Track' to the possible tags to display in now playing
-Added 'Blank Line' to the possible tags to display.  This will just put an empty line in the chosen slot
-Search headers + 'delete preset' are now translated
-Tweaked widget sizes to work better on ICS (widgets may need to readded on all android versions)
-Added RemoteControlClient which should populate metadata for remote controls
-For mp3s, the scanner will now scan the TXXX tag first before TPE2 when trying to find the album artist
-Fixed actionbar for the purple ics skin
-Fixed issue with 'no repeats' option for playlist shuffle
-Fixed crash caused by changing orientation while drag and dropping songs in the playlist
-Fixed crash when refreshing one of the library lists
-Fixed issue where left/right balance was not being saved
-Fixed crash in the image selector
-Fixed issue loading skin for the scanner
-Fixed crash on music service shutdown
Posted by GoneMAD at 5:37 PM

The new skin is available on Google Play or here. (I will post a link to the skin on google play when it becomes visible)

Edit: there was a minor bug where older versions of android would not show the album icon.  I have pushed a fix for that so be sure to redownload the skin if you have that issue. 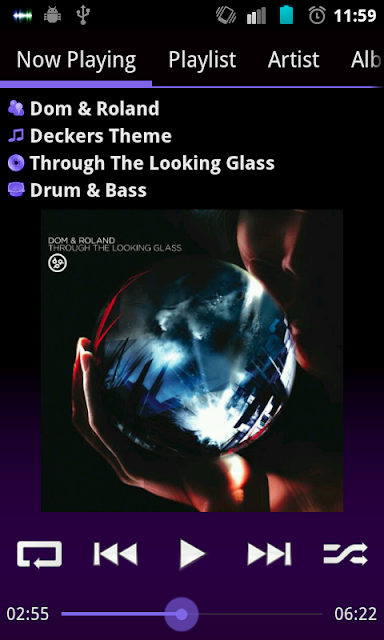 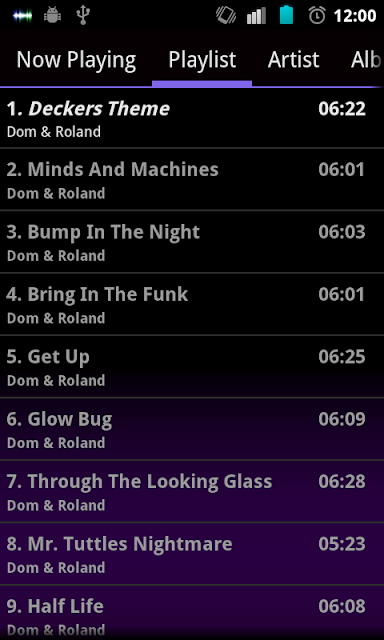 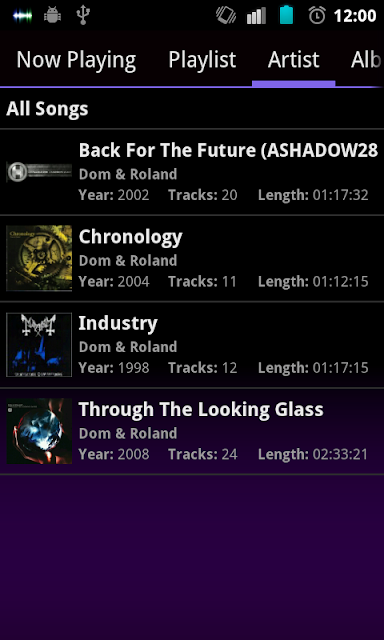 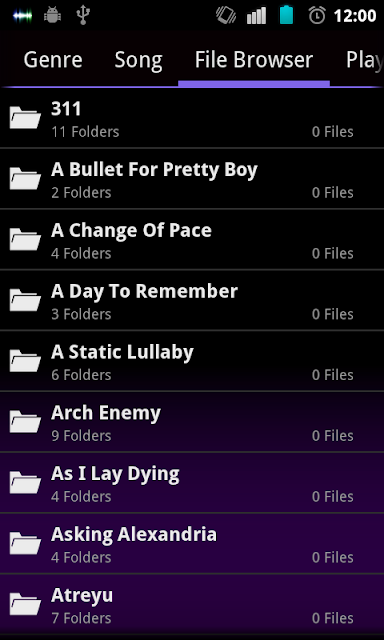 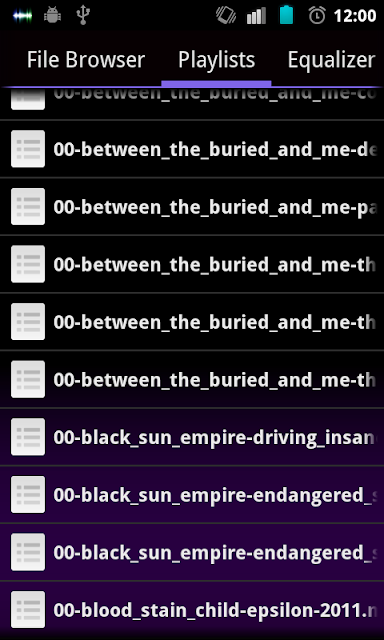 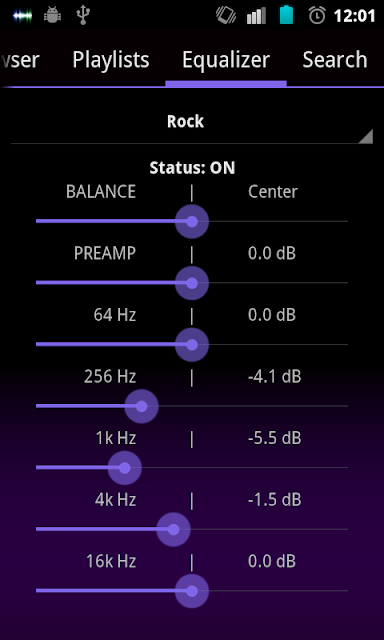 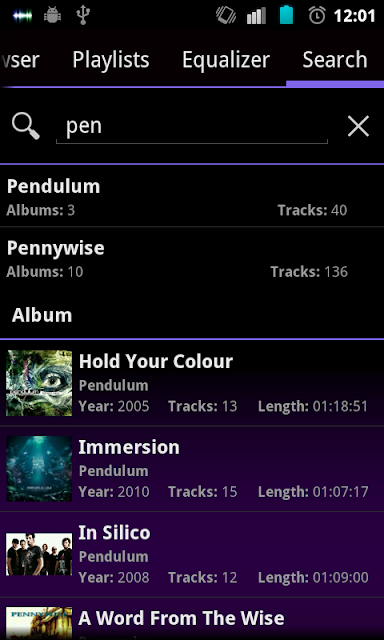 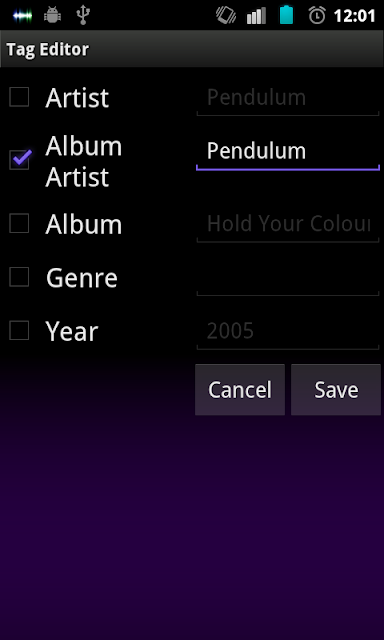 1.2.4 is a much of minor changes and logs of performance improvements/bug fixes

Improvements / Changes:
-Audio files that report a sample rate less than 4khz in their tags, are now assumed to have correct/invalid tags. 44.1khz sample rate is used instead]
-Updated taglib to 1.7.1
-Embedded album art should now show up in the album list
-Clean database will now remove references to deleted images
-Reduced some overhead in the equalizer when everything is set to the defaults (should lower cpu usage a little)
-Made some changes to the equalizer to hopefully address the issue of the right channel sometimes becoming silent or sounding like garbage
-Improved flac decoding performance for 8bit and 24bit files
-Updated german and italian translations

Fixes:
-Fixed ANR when trying to play an invalid file
-Fixed some cases where skip on error doesnt work
-Fixed skin preview image showing up incorrectly when multiple skins are installed
-Fixed issue where the playback would sometimes stop on track change
-Fixed issue where end of track gets cut off when changing between 2 songs with a different samplerate or channel count
-Fixed some possible issues with "single button" remote control mode
-Fixed possible crash after editing tags
Posted by GoneMAD at 12:42 AM